4 Things to Know About Deep Suctioning for RSV in Infants 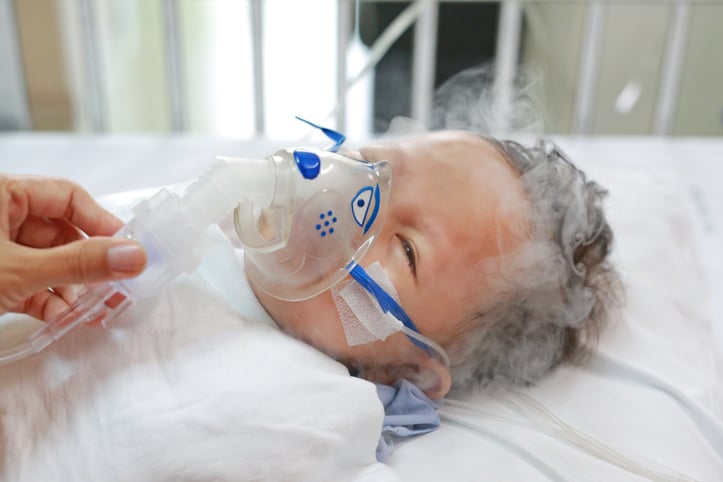 Almost all children become infected with the respiratory syncytial virus (RSV) by the age of 2. For neonates and immunocompromised babies, however, this can be a life-threatening disease. The unique airways of very young babies can compromise their ability to clear airway secretions, increasing the risk of serious complications. Deep suctioning can reduce their discomfort—and in some cases—even save their lives. Here’s what you need to know.

Why RSV Is So Dangerous in Neonates

Neonates have narrower, less efficient airways. Doctors often describe newborns as obligate nose breathers. This is not entirely true. Instead, newborns are less efficient at breathing through their mouths, and prefer nose breathing. They may not open their mouths to breathe if the upper airway is blocked. This can quickly lead to hypoxia in situations in which older children would simply shift to mouth breathing.

Symptoms of RSV in Neonates

RSV alone is not a medical emergency, nor is it a reason to hospitalize or suction a neonate. In a small fraction of neonates with this infection, breathing becomes labored. Rather than looking for RSV symptoms or trying to get a diagnosis, it’s important to look at the overall clinical presentation. Children who show signs of respiratory distress need emergency care regardless of the underlying diagnosis.

Deep suctioning uses a nasopharyngeal catheter to clear the upper airway of babies who cannot clear their own airways. It is increasingly controversial because a recent study suggests a correlation between deep suctioning and longer hospital stays, especially if there are significant lapses of time between suctioning episodes. The study’s authors propose that this may be because deep suctioning causes airway swelling. This swelling then narrows the airway at the same time that it produces even more airway-irritated mucus.

As an alternative, they suggest that noninvasive suctioning may be more effective at removing airway secretions because of the larger catheter. In light of this new data, medical providers should not routinely deep-suction RSV patients but should instead reserve this treatment only for those for whom other techniques have failed.

When to Use Deep Suctioning

Emerging research has shifted guidelines away from using deep suctioning. Medical providers should first try less invasive methods with a larger catheter to fully clear the airway. It may be necessary to frequently suction the baby at regular intervals. If this fails, deep suctioning may be appropriate. As with all interventions, discuss the benefits and risks with the parents and follow agency guidelines. Babies with RSV have a high risk of hypoxia, and suctioning increases this risk—especially when suctioning is prolonged. So preoxygenate the baby, and suction only when other methods fail. Never suction babies for longer than 10 seconds at a time.

Indications for deep suctioning include:

The right emergency suctioning machine can help you promptly intervene to aid an infant with a compromised airway. Quality suction machines offer smaller catheters that will not injure the delicate airways of babies and young children. For help choosing the right device for your agency, download our free e-book, The Ultimate Guide to Purchasing a Portable Emergency Suction Device.