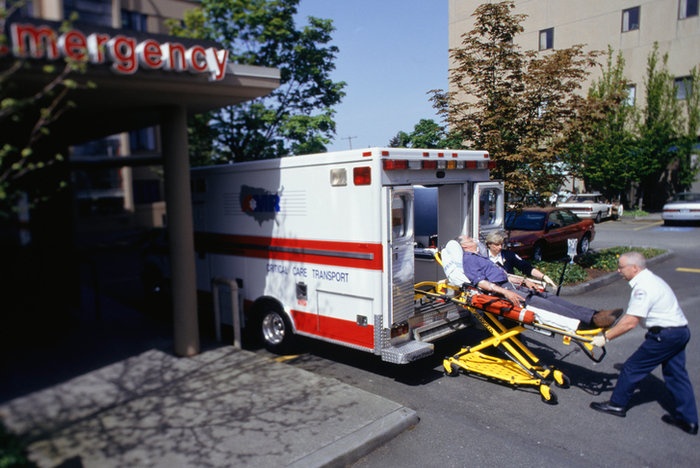 When you think about treating patients with head injuries, using an emergency suction pump may not be the first thing that comes to mind. Certainly, airway is your main priority, but we tend to focus more on level of consciousness, spinal immobilization, and assessing for additional trauma than we do on portable suction.

But using an emergency suction pump is key to managing patients with head injuries. Today, we’ll discuss some of the critical steps in treating these devastating injuries.

The Brain: An Overview

The brain is divided into three main areas, each of which controls specific physiological processes. They are:

Traumatic injury to any part of the brain can lead to respiratory emergencies, by disrupting the control centers for respiration; by reducing the level of consciousness, leading to unprotected airways; or by impeding the sensory apparatus that monitors oxygen levels in the blood.

The First Step: A Thorough Assessment

As with any traumatic injury, the first step in treating head injuries involves a thorough patient assessment. Begin with the primary survey—the A, B, C, D, and E:

Airway: Check for patency; listen for noisy ventilations, which can indicate obstruction; and use your emergency suction pump to remove any blood, vomitus, or tissue that may be present.

Breathing: Evaluate respiratory function by assessing the rate, depth, and adequacy of breathing. Head injuries may produce abnormal breathing patterns, which include:

Disability: Assess the level of consciousness and determine the position on the Glasgow Coma Scale. Record each component of the score individually, to gauge changes in the patient’s condition over time.

Exposure/Environment: Check for any additional traumatic injuries. The primary assessment should be followed by a thorough secondary assessment, to include a SAMPLE history (symptoms, allergies, medications, past history, last meal, and events). Be sure to reassess continuously, because the patient’s condition can change rapidly.

The Second Step: Managing the Airway

Patients with traumatic head injuries are prone to respiratory emergencies. An unprotected airway, secondary to loss of consciousness, is predisposed to obstruction, from the tongue, hemorrhage, or vomit. Your emergency suction pump is a critical tool in managing these tenuous airways.

Recognize the signs of respiratory distress. They include:

Stay alert for signs of respiratory failure and be prepared to intubate. Signs of failure include:

If the patient requires an advanced airway, be sure to keep the suction unit nearby. You will need it to maintain patency while you assemble your equipment, to visualize the cords prior to tube placement, and to ensure the airway remains clear, once the patient has been intubated.

Your emergency suction pump is part of each critical step in treating patients with head injuries, so be sure to bring the unit along. Better yet, include a suction unit in your trauma bag so that it accompanies you on every trauma call.