Respiratory Emergencies: Abnormal Respiratory Patterns and What They Indicate 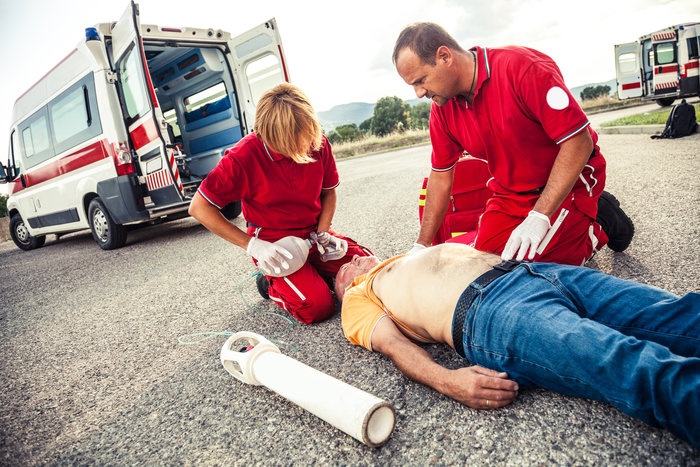 You can tell a lot in the first few seconds of patient contact. Your initial survey begins the moment you step on scene. For example, there’s that “difficulty breathing” call that comes in the wee hours of the morning to an assisted-living residence you’ve responded to on countless occasions.

You enter the home and scan the kitchen, noting the numerous medications scattered across the counter. An overflowing ashtray rests beside the easy chair, and the home is infused with the stench of stale cigarettes. You hurry down the narrow hallway to the patient’s bedroom and find him, as usual, propped up in bed on a mountain of pillows, his oxygen hose snaking off to where the bottle stands beside the night table. He’s gasping for breath, and the sound of crackles fills the room. Even if the patient wasn’t a regular, you’d know by the breath sounds that he is suffering from COPD.

Respiratory emergencies have their own distinct calling cards. Not only do they produce distinctive sounds, based on the type of obstruction, but the pattern of respirations can also indicate an underlying condition. So let’s discuss abnormal respiratory patterns and what they indicate in the emergency setting.

Assessing the type of breath sounds and patterns of respiration is fundamental to diagnosing respiratory emergencies. With your experience as a paramedic, you can quickly distinguish the level of seriousness of each situation. Here are some quick reminders about auscultating breath sounds:

Abnormal, or adventitious, breath sounds often indicate underlying conditions. With practice and experience, the various types of abnormal sounds can be quickly identified, expediting your diagnoses. Here are the most common:

A normal breathing rate, also called eupnea, depends on the age of the patient. Normal rates for adults are typically between 12 and 20 respirations per minute. Rates among adolescents can also range from 12 to 20 breaths, depending on age and size, and among newborns, the range is from 30 to 50. Now, let’s quickly discuss the various types of abnormal respiratory rates and patterns and what they indicate in your patient:

Editor's Note: This blog was originally published May 2016 and has since been updated with new content.