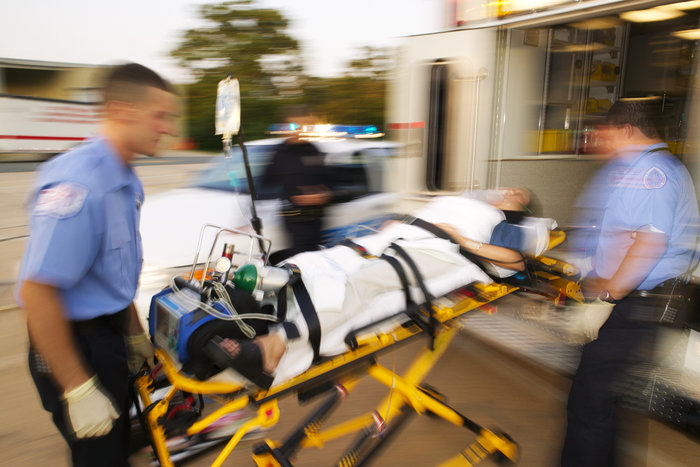 She had only turned her back for a minute—just enough time to run into the house to retrieve her cellphone. As she returned to the backyard, the first thing she noticed was the empty raft, drifting slowly toward the deep end of the pool. The child was nowhere to be seen.

The first personnel on scene pulled the boy from the water and immediately started CPR. Chest compressions forced copious amounts of water and phlegm from the boy’s mouth, but his pulse returned, and you were able to quickly clear his airway using your portable suction unit. But will the boy recover, and if so, will his mental faculties remain intact? It all depends upon how long his brain was starved of oxygen.

Hypoxia is one of the primary conditions that EMS personnel must combat on a daily basis. The body’s reliance on oxygen, and the short window of survivability when the brain and systemic cells are deprived, means that every second your patient’s airway is obstructed, his or her chance of recovery diminishes. And the first step in securing the obstructed airway is to clear the obstruction.

Oxygen (or Lack Thereof) and the Brain

Brain cells are constantly at work. Even when we sleep, our brains are busy maintaining homeostasis throughout our bodies. This constant activity requires tremendous amounts of energy, and these busy cells depend on oxygen to produce the ATP (adenosine triphosphate) needed for energy production. The constant demand for energy makes our brains both metabolically expensive and highly sensitive to oxygen deprivation. And when they are deprived of oxygen, they quickly die. That means a brief window of opportunity (four to six minutes) to correct an inadequate airway.

In situations such as the near-drowning mentioned earlier, hypoxia is easy to recognize. Any patient who has been deprived of oxygen is assumed to be hypoxic until proven otherwise. But what about those patients who still have adequate circulation? Recognizing a tenuous airway is the first step in correcting that airway, and the use of a portable suction unit can be your first line of defense.

Conditions associated with tenuous airways include:

Early recognition is key. Signs of hypoxia include:

As your patient deteriorates, your interventions become more complex. If the hypoxia is caught early, through immediate recognition and aggressive clearing of the airway (suction!), you may be able to avoid having to intubate. So stay alert for hypoxia, recognize the signs, clear the airway quickly, and be sure to oxygenate!