SALAD Technique May Offer Health Advantages to Responders, Too 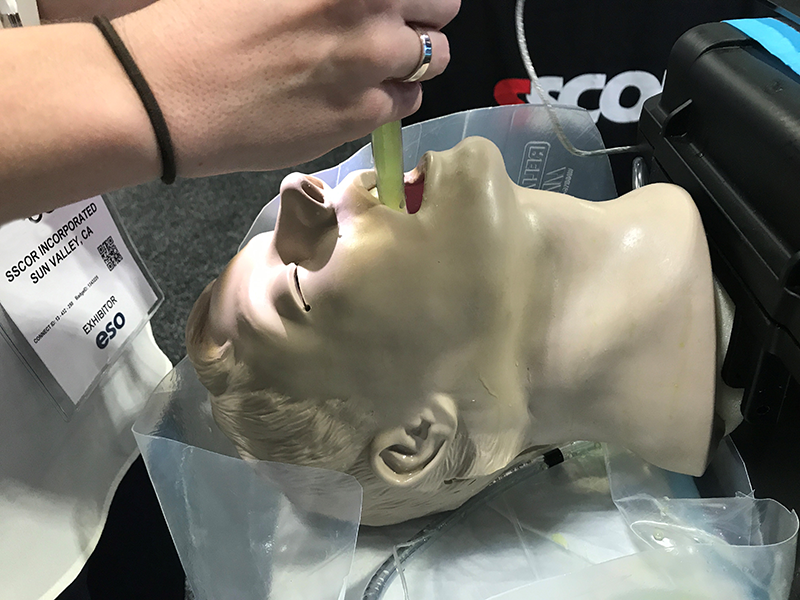 Suction-Assisted Laryngoscopy and Airway Decontamination, better known as the SALAD technique, can potentially lower morbidities and mortality associated with aspiration and related issues in emergency situations by using aggressive suction to quickly clear the airway before intubation. But a recent simulation suggests the technique can potentially benefit first responders, as well.

Dr. James DuCanto, the Milwaukee-based anesthesiologist who developed SALAD, performed the simulation, which examined how the use of deliberate suction during airway management of a patient may reduce respiratory droplet emissions and the responders’ exposure to harmful aerosols. Specifically, Dr. DuCanto was seeking a method to minimize the inoculum that a caregiver’s personal protective equipment (PPE) may be exposed to during treatment — a worthy goal, considering the ongoing COVID-19 pandemic and responders’ regular exposure to common respiratory viruses, such as flu.

While Dr. DuCanto stressed that the result of the simulation does not constitute official medical advice or nullify the need for proper PPE — indeed, he called it “food for thought” in an Anesthesiology News article — a video of the mock procedure showed the suction successfully decreasing the emissions.

Using a mannequin and a pair of nebulizer units filled with tonic water that fluoresced in ultraviolet light, Dr. DuCanto was able to simulate and visually highlight an aerosol being expelled by a patient. The endoscopist then performed the SALAD technique using the SSCOR DuCanto Catheter®, a large-bore rigid suction catheter the doctor helped develop specifically for his technique. The hose was intermittently opened and closed during the procedure, clearly showing the aerosol being suctioned away while the hose was open and expelled as the hose was closed.

In describing the simulation, Dr. DuCanto emphasized that proper PPE and respiratory disease-mitigation procedures remain necessary for responders, but the suction catheter may reduce exposure to harmful aerosols and prevent mask filter from being overwhelmed. SALAD enhances the overall protection strategy.

The SALAD technique was developed by Dr. DuCanto to reduce the volume of contaminants a patient aspirates and to help eliminate the two most significant predictors of intubation failure: blood in the airway and airway edema. Intubation can be dangerous or even impossible to perform in patients who are at risk of aspiration, and patients who aspirate may choke and have a higher long-term mortality rate because of the exposure to bacteria and other pathogens.

Performing aggressive suction to clear the airway prior to intubation can also help prevent more emergent, invasive procedures to aid breathing. When an airway is blocked or too narrow to intubate, responders may resort to a tracheostomy or cricothyroidotomy procedure, where an incision is made in the neck to establish a route for breathing.

The actual SALAD technique involves continually suctioning with a catheter, then inserting a laryngoscope blade while shifting the catheter to the corner of the patient’s mouth, left of the blade, and positing the tip of the catheter at the esophagus to allow for suctioning while visualizing the vocal cords. Next, the responder intubates the patients, suctioning the endotracheal tube before beginning ventilation.

The DuCanto Catheter was designed for SALAD to provide a rigid tube with a larger inner diameter and an anatomically correct shape, and although other catheters can be used, SSCOR’s device can help save valuable time during an intubation. And as Dr. DuCanto’s simulation shows, there are possibly even more benefits.