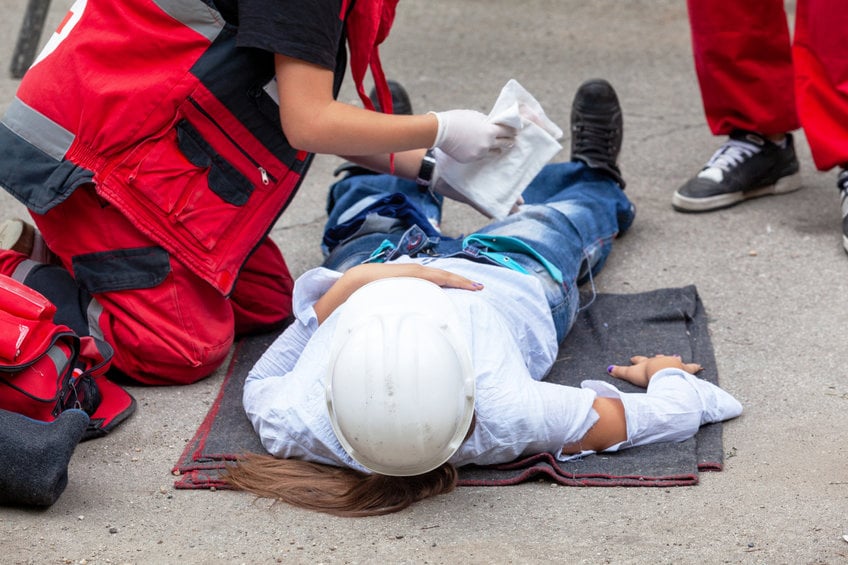 You arrive at the scene of the accident, where it was reported a young man was struck by a pickup truck while crossing a busy road. Approaching the scene, it’s clear he has likely suffered significant injuries. The truck’s windshield is cracked, and the patient has facial trauma and splayed limbs. You immediately begin to inventory the situation and start assessing whether the patient needs to receive a spinal immobilization.

When is Spinal Immobilization Necessary?

Spinal immobilization involves the use of maneuvers or equipment to minimize the movement of a patient’s spine. It should be considered when it’s suspected that a patient has suffered an injury to the head or an SCI (spinal cord injury), as well as if the patient is demonstrating an altered mental status.

Patients who display the following should receive a spinal immobilization:

As emergency responders know, stabilizing the spine after a head or SCI injury is an important step in preventing further damage. However, both MILS (manual in-line stabilization) and cervical collars can make the management of a patient’s airway more difficult.

Cervical collars also increase the difficulty of performing a laryngoscopy and intubation, as a patient’s mouth opening can be decreased by up to 10 millimeters depending on the type of cervical collar used.

Airway Management When a Patient has been Immobilized

According to a 2013 study published in The Spine Journal, it is recommended to use the jaw thrust maneuver instead of the head tilt-chin lift maneuver to open the airway of an immobilized patient. Jaw thrust results in less motion for patients with an unstable spine – especially those with a C1-C2 injury.

For some immobilized patients, all that will be needed is to prop the patient’s airway open before suctioning. In these cases, after immobilizing the patient and opening the airway with the jaw thrust maneuver, you can insert an oral airway tool and start suctioning with your equipment of choice.

However, some immobilized patients will need to be intubated. Depending on the extent of the SCI, patients may have more difficulty breathing and swallowing. SCIs can also lead to large amounts of blood or vomit increasing airway contamination. Unfortunately, the presence of both blood and vomit have been shown to decrease the rate of success on first-attempt intubations.

Use of the SALAD Technique to Intubate Immobilized Patients

Because of the issues presented by SCIs, it’s critical to use the proper technique and have the proper suction tools in your emergency bag. One of the most effective and safe ways to manage an immobilized patient’s contaminated airway when intubating is the SALAD (Suction Assisted Laryngoscopy and Airway Decontamination) technique.

The SALAD technique uses aggressive suction to quickly clear a patient’s airway and has many benefits, a few of which include:

While the technique is compatible with virtually any suction device, it is most effective with a rigid suction catheter, such as the SSCOR DuCanto Catheter. This catheter was developed with Dr. James DuCanto, inventor of the SALAD technique, and is uniquely designed to effectively carry out SALAD.

There are clear challenges present when trying to manage the airway of an immobilized patient. Beyond the sensitivity of the spine that accompanies SCIs, MILS and cervical collars introduce their own obstacles. However, with the proper equipment and use of the proper technique, a patient’s airway can still be cleared safely and effectively.