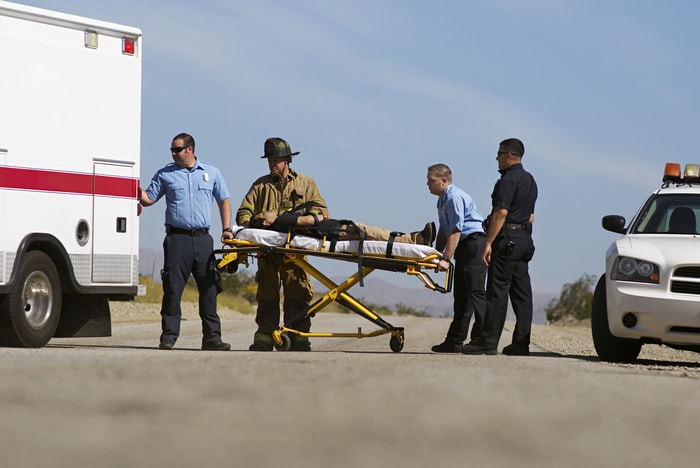 There are many medical and traumatic causes for decreased level of consciousness, any of which can lead to a respiratory emergency. A thorough patient assessment and quick diagnosis, followed by aggressive treatment, can prevent the patient's condition from deteriorating. But even optimal care cannot stave off every respiratory complication.

So, today we'll review some of the common causes of decreased level of consciousness to help prevent subsequent respiratory emergencies.

We are all familiar with the Glasgow Coma Scale, but it never hurts to review the individual parameters. An overall score is not as useful as the individual values for describing the patient's condition, so here's a quick refresher:

For children and infants, you must use a tailored scale, because not all of the adult parameters are suited for these groups.

Now that we've reviewed the coma scales, we'll discuss a few common causes of decreased level of consciousness and how they can lead to respiratory emergencies.

The body depends on glucose as its main energy source. When the blood sugar falls below the normal range (70–110 mg/deciliter), the patient begins to exhibit signs, including:

If left unchecked, the hypoglycemia can worsen, as can the signs and symptoms. In severe cases, the patient will experience:

With seizures and loss of consciousness, the patient may become hypoxic. To control the airway, begin by positioning the patient to maintain patency and facilitate drainage of bodily fluids away from the respiratory tract. Secure the airway with an EOA or endotracheal tube and perform oropharyngeal suction to keep the airway clear.

What makes alcohol poisoning so prone to becoming a respiratory emergency is the lethal combination of symptoms. Alcohol not only diminishes the gag reflex but also irritates the stomach, which can cause vomiting. For the person who is unconscious, this can lead to choking, aspiration, and eventually death.

The most common type of hemorrhagic stroke is an intracerebral hemorrhage, caused by a burst artery that floods surrounding tissues. If not relieved, the bleeding can cause a rise in intracranial pressure, leading to necrosis, herniation, and death. Less common are subarachnoid hemorrhages, producing bleeding between the brain itself and the thin tissues covering it.

As with any brain injury, decreased level of consciousness—even unconsciousness—is common. Be prepared to treat respiratory emergencies in such patients. Depending on where the bleeding occurs, the patient may suffer paralysis and be unable to maintain a patent airway. It is your job to guard against a respiratory emergency. And patients suffering from brain bleeds are at extreme risk.

No matter the cause, patients with decreased level of consciousness can easily result in a respiratory emergency, if not properly protected and aggressively treated. So, remain alert in such situations and be sure to keep the portable suction unit at the ready.