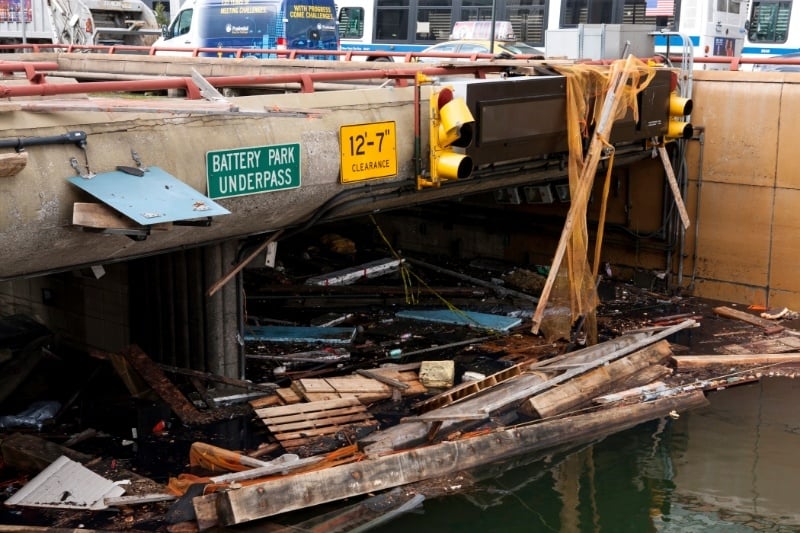 In October of 2012, the northeastern United States was slammed with arrival of Superstorm Sandy. As the most destructive hurricane of the 2012 Atlantic season, Sandy wreaked havoc on New York, New Jersey and Connecticut. Thousands of homes were destroyed, and vital infrastructure systems such as power, transportation, and water treatment facilities suffered billions of dollars in damages.

Hospitals were forced to enact their emergency plans in the midst of the devastation. Despite previous disaster preparedness planning, many hospitals discovered that they ran into several challenges during the actual execution of the plan. In fact, the U.S. Department of Health and Human Services surveyed 174 hospitals in the three states, and 89% reported critical issues, such as breakdown in infrastructure and difficulties with community collaboration during the storm aftermath.

Based on this, what can hospitals address in order to improve disaster preparedness plans for future emergencies?

Be prepared in case of power failure.

For several of the hospitals, the greatest challenge was loss of power. Of the 174 hospitals in the survey, 69 reported outages and 1/3 of these had problems with their backup generators. For some hospitals such as NYU Langone and Bellevue, their generators or fuel pumps were located below ground floor level. When flooding occurred, their generators failed, and the hospitals were forced to evacuate.

There are a few ways to handle this. Ensuring that on-site power generation and fuel back-up systems are located above flood level is essential. Also, hospitals should maintain an adequate supply of fuel should they have to run solely on generators for days.

In addition, hospitals should be prepared with equipment that does not require electricity. For example, a battery-powered aspirator could provide life-saving suction in a situation like Sandy. And although IV fluids are generally given on a pump powered by electricity, hospital workers should be prepared to run them via drip rate if needed.

Have a solid communication plan in place.

It is common for telephone communication to be disrupted during a disaster such as Sandy. Most hospitals report using smartphone and mobile phones during an emergency. However, this should not be relied on for communication purposes, as there is no guarantee of any IT functioning during a disaster. Sandy knocked out cell phone towers. Ham radio, fixed radio, and satellite phones will provide more trustworthy means of communication instead.

In the wake of disaster, hospitals often have a large influx in number of patients and ancillary people. In the case of Sandy, hospitals had to take on additional patients from the others that were forced to evacuate. Adding on to this, the storm made it impossible for some existing patients to be discharged. Many hospital visitors were stranded there, and in many cases where the hospital was the only building in the community with power, it also served as a shelter for local residents.

A new twist in 2020 is that public health officials have noted increases in COVID-19 cases among citizens evacuated from hurricane’s path. This can only increase the patient surge in the affected and surrounding areas.

This increase in patients can last for months even after the initial incident has passed. When local specialty treatment centers, such as dialysis centers or mental health clinics, remained closed after the storm, their patients were often referred to hospital emergency rooms in order to be seen.

Hospitals should be prepared to accommodate these increased numbers in times of emergency. Consider other locations that could be set up at patient care areas, whether this includes waiting rooms or staff lounges. Have an adequate supply of portable equipment, taking into account that these may be areas where things traditionally found in hospital rooms such as oxygen delivery or in-wall suction will not be available.

Following Sandy, 139 of the 174 hospitals interviewed stated that they made changes to their emergency preparedness plan. These changes included preparing for longer lasting emergencies and more clearly defining staff roles. In lieu of experiencing an actual emergency, the only way to discover areas that need improvement is to practice the disaster plan that is currently in place. This will ensure that staff are well-trained and aware of their responsibilities. It also will allow for evaluating lines of communication and to verify that proper supplies and equipment are readily available.

As the second most financially devastating hurricane in U.S. history, Superstorm Sandy taught us some important lessons. While not as devastating as Superstorm Sandy, 2020s Hurricanes Laura, Sally and Delta have taken lives and generated great damage. In order to shine some light on a tragedy, hospitals should evaluate their disaster preparation plans accordingly.

Editor's Note: This blog was originally published in July 2015. It has been re-published with additional up to date content.