How Pharyngeal Suction Can Save Your Patient 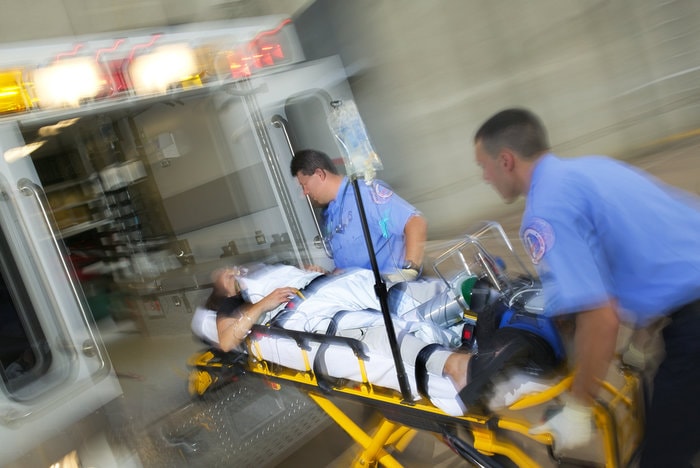 EMS professionals have an array of tools that enable them to save lives. Cardiac monitors not only allow the identification of arrhythmias but also permit pacing, cardioversion, and defibrillation. An assortment of medications can treat everything from diabetic emergencies to allergic reactions. And intubation provides secure airways for those at risk.

Effective pharyngeal suctioning is one of the surest ways of protecting your patient against respiratory complications. When a patient is unconscious, is semiconscious, or is disabled and unable to protect his or her airway, pharyngeal suctioning can aid in maintaining patency, can clear the chords during the placement of an advanced airway, and can remove bodily fluids that can create obstructions.

Two of the most critical complications that can be avoided through effective pharyngeal suctioning are hypoxia and aspiration. We'll examine these challenges, but first let's discuss the decision-making process of suction.

Does Your Patient Need Suctioning?

Determining when to administer pharyngeal suction begins with recognizing the signs and symptoms. First, determine to what degree your patient is compromised. Here are the general designations:

Respiratory insufficiency: The patient’s respiratory system is unable to keep up with the normal metabolic demands of the body. It may arise from a head, thoracic, or spinal cord injury or from central nervous system depression, common in drug overdoses.

Respiratory depression: When the patient’s respiratory rate falls to or below a sustained rate of 12 breaths per minute or the breathing rate fails to fully ventilate or profuse their lungs.

Respiratory failure: When the respiratory system is unable to meet the body’s metabolic demands. The patient may appear confused, anxious, or obtunded. If not corrected, respiratory arrest may follow.

Recognize the Signs of Hypoxia

Early recognition is the key to effective treatment, and avoiding hypoxia in your patient is fundamental to proper airway management. The signs of hypoxia can include:

The 4 Types of Hypoxia

There are different forms of hypoxia, caused by a variety of physiological factors. The four general categories are:

Anyone can be at risk for aspiration. Although it can occur at any age, there are certain risk factors, which include:

The most effective means of preventing aspiration is to maintain a clear airway. If your patient is at risk, either from excessive bleeding, saliva, or active vomiting, you should be readying the portable suction unit.

Select the appropriate size of suction catheter, depending on the type of bodily fluids encountered. Saliva is easily removed with a normal, straight-tipped catheter. But for larger jobs, where blood and vomit are involved, select a larger evacuation tool, to avoid clogs and ineffective suction.

Once you have your suction unit set up, it’s time to prepare your patient. This includes:

Pharyngeal suction provides an effective means of maintaining airway patency and, in some cases, may just save your patient.

Editor's Note: This blog was originally published in November 2017. It has been re-published with additional up-to-date content.