How to Distinguish Respiratory Distress from Failure 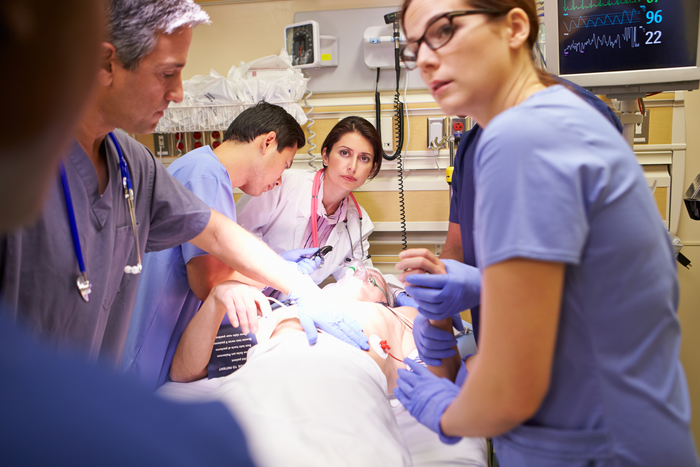 Respiratory emergencies come in many forms. It could be an asthmatic who has suffered since childhood; a COPD patient who still smokes a pack a day; or a near-drowning who was pulled from the deep end of the pool. Whatever the crisis, as an emergency responder you are called on to treat it.

Therefore, it would be beneficial to you, and especially your patient if you are able to distinguish respiratory distress from failure – the first condition can be easily remedied in most situations, while the second can be a precursor to death.

Let's briefly review the signs and symptoms of each.

Many situations can cause respiratory distress. Think about the patients we discussed earlier. For an asthmatic, it could be the early stages of an attack or simply a mild reaction. For the COPD sufferer, a recent illness could be exacerbating the usual distress. And for the near-drowning, perhaps he or she was pulled from the pool before losing consciousness. Each of these situations could cause respiratory distress, in which your patient would typically exhibit the following:

In a stable patient, you can alleviate these signs and symptoms with oxygen. Another useful tool is suction, so be sure to bring your portable suction unit on ANY call involving the respiratory system. Should your patient not improve with oxygen, suction, repositioning, or drug therapy, be alert for the onset of respiratory failure.

Respiratory failure can happen quickly, so pay attention to those in distress. It is always easier to treat distress than failure, so quick action on your part can stop its progression. Here are the typical signs of impending failure:

Editor's Note: This blog was originally published in June 2017. It has been re-published with additional up-to-date content.