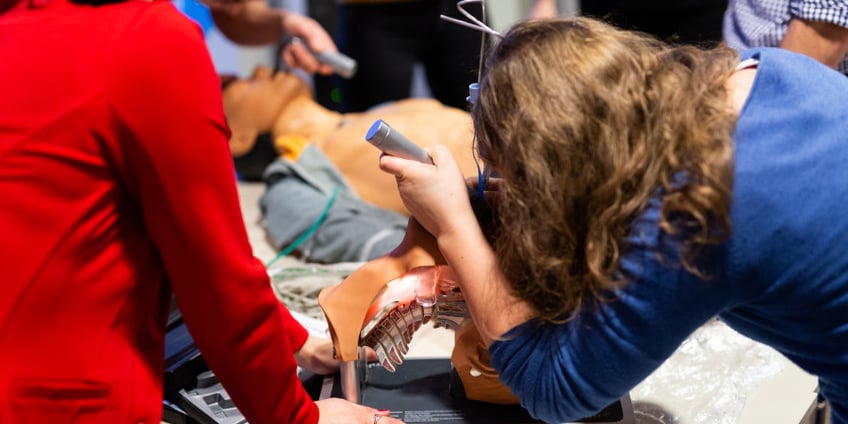 March is Bleeding Disorders Awareness Month, and it’s an important time to reevaluate your team’s knowledge of common bleeding disorders, their symptoms and the unique challenges they present for EMS personnel during airway suctioning and treatment.

According to the National Hemophilia Foundation, there are between 30,000 and 33,000 people living with hemophilia — the most common bleeding disorder — in the United States. Although these conditions are somewhat rare, it’s critical that EMS are familiar with these disorders, so they know what to look for when responding to certain traumatic injuries and patient conditions.

What are bleeding disorders?

Bleeding disorders are a group of disorders that result in the inability to form a proper blood clot. The body naturally produces 13 clotting factors, and the defectiveness of any of these factors can result in mild, moderate or severe bleeding conditions. Some disorders are inherited or acquired, such as hemophilia, while others stem from conditions like anemia, cirrhosis of the liver, HIV, leukemia and vitamin K deficiency, or from the use of certain blood-thinning medications (aspirin, heparin and warfarin).

There are several symptoms to look out for when determining whether a patient has a bleeding disorder. These include:

A patient’s bleeding may not always be cause for panic, but when it comes to bleeding disorders resulting from traumatic injuries, they can cause continuous bleeding into the airway, leading to aspiration and the contamination of the airway. Blood in the airway is one of the most significant predictors of intubation failure and mortality, and clotted blood in the lower airway can present clinicians with life-threatening airway obstruction or pulmonary collapse. Therefore, blood clots should always be considered as causes of obstruction, especially if clots are identified after coughing or suctioning.

While it may seem tempting to remove any blood clots as soon as they’re spotted, in some cases, the suctioning of smaller clots may cause re-bleeding if the clots originate in the lower airway. Larger clots must be removed from the airway since they can produce life-threatening airway obstruction and secondary complications in the lungs.

One of the most reliable techniques for suctioning blood in the airway is the SALAD Technique (Suction Assisted Laryngoscopy and Airway Decontamination), which involves aggressive suctioning to quickly clear the airway, allowing for the intubation of a patient.

There are several benefits that this method provides for first responders treating patients with blood disorders. For one, the catheter can be left in place during intubation, providing an easy route for removing blood and other contaminants. This technique also provides easy access to the trachea, even when patients are continuously bleeding.

The steps for implementing the SALAD Technique safely and effectively are as follows:

Practicing proper techniques and procedures for treating patients with bleeding disorders is critical for all EMS teams. Without appropriate preparation and knowledge of these disorders and their symptoms, you’ll be unsuccessful when it comes time to intubate certain patients, resulting in airway obstruction and a host of other dangerous complications. Make sure you and your team are ready to treat patients with bleeding disorders by familiarizing yourselves with SSCOR’s EMS products.