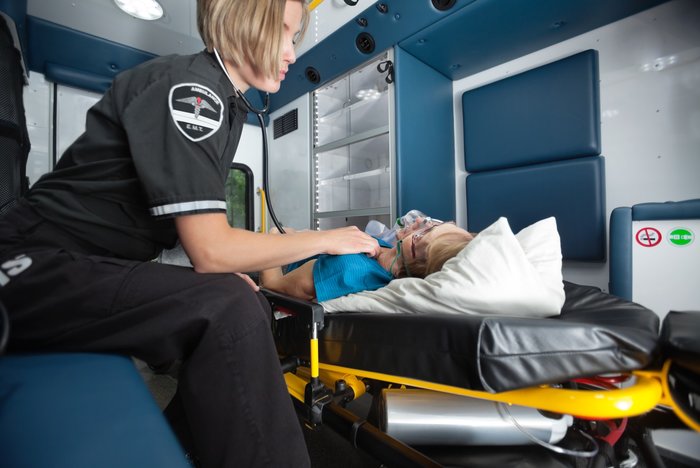 As an emergency medical professional, one of your most critical responsibilities is protecting your patient's airway. This can mean relieving an obstruction (using the Heimlich maneuver or forceps), placing an advanced airway (naso- or endotracheal tube), or simply repositioning the patient to keep their airway open (placing supine, using a jaw thrust).

Preventing hypoxia is your primary goal. By ensuring adequate air exchange, monitoring closely, and supplementing when necessary, you minimize the risk of hypoxia by allowing the body's normal oxygenation processes to take place. These processes include:

When a patient suffers a stroke, be it hemorrhagic or ischemic, their resulting level of consciousness will depend on several factors. One is the expanse of the bleed, or the size and location of brain tissue affected. The larger the bleed, the more likely the patient will be rendered unconscious – the same with clots that inhibit circulation to large areas of cerebral tissue. Pulmonary aspiration is always a risk if the patient suffers a diminished level of consciousness.

Keep in mind that this may not be the patient's first stroke. Previous strokes may have left the patient with disabilities, such as reduced mentation, the inability to swallow, or other physical handicaps that make it difficult to protect their airway.

Strokes tend to occur in the elderly, who may already have physical limitations that make it difficult to position them for improved air exchange. If the patient suffers from kyphosis (anterior curvature of the spine) or spinal stenosis, and is unable to lay flat, pad the backboard or stretcher and consider placing them in recovery position when appropriate.

Pulmonary Aspiration in the Head-Injured Patient

A patient suffering from a head injury is also at risk for pulmonary aspiration. Not only may they have a reduced level of consciousness or be unresponsive, but the traumatic injury may produce bleeding in the oral or nasal cavity, which can easily be aspirated into the lungs.

Patients with head injuries may also have a spinal injury, so use a jaw thrust to open the airway and place the backboard on its side to use gravity to prevent pulmonary aspiration. You may want to consider rapid sequence intubation for patients who still have a gag reflex but are unable to protect their airways.

Alcohol overdose, also known as alcohol poisoning, presents a serious threat of pulmonary aspiration. Alcohol overdose occurs when the blood alcohol level is so high that it interferes with the body's ability to perform basic functions, such as controlling body temperature, respiration, and heart rate. Signs of alcohol poisoning include:

Consider using an advanced airway in patients suspected of alcohol poisoning, since the probability for vomiting is high, as is the chance for pulmonary aspiration.

The Critical Role of Suction in Pulmonary Aspiration

Each of these scenarios presents a likelihood of pulmonary aspiration. You must remain diligent when treating patients suffering from stroke, head injury, or alcohol poisoning, because each may involve a decreased level of consciousness and an unprotected airway. One of the most important pieces of equipment for such scenarios is your portable suction unit.

If the unresponsive patient or the patient with diminished consciousness begins to vomit, you have mere seconds to protect the airway. All it takes is a single inhalation of vomit to expose the lungs to dangerous bacteria. If the suction isn't ready, the chance of preventing pulmonary aspiration is little to none.

Bring the suction along on all ALS calls. It should be part of your ALS assemblage, along with your drug box, airway bag, and trauma kit. Store it in close proximity, in a secure compartment to prevent damage during emergency response, and be sure to maintain your unit by checking it at the start of each shift, replacing old or depleted batteries, disinfecting the unit after each use, and keeping plenty of accessories on hand.

Preventing pulmonary aspiration requires aggressive airway management, and one of the most effective means of keeping the airway clear is using your portable suction unit.

Editor's Note: This blog was originally published in March 2018. It has been re-published with additional up-to-date content.