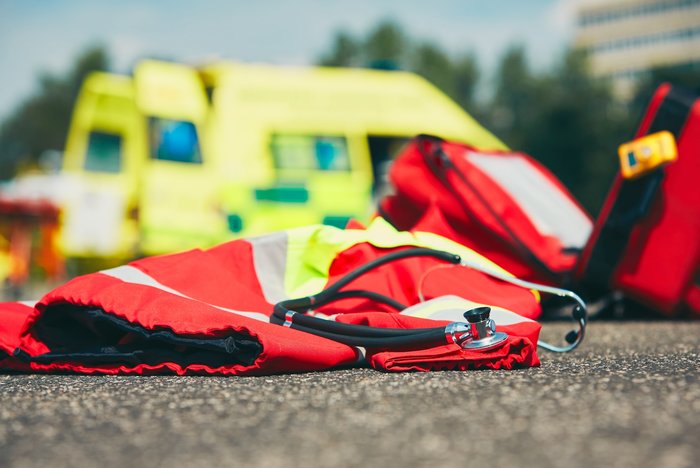 It was a typical hectic Monday. Traffic was backed up; the young father was running late, and he was scheduled to give a presentation at the office in less than an hour. At the last minute, his wife asked him to drop their two-year-old off at daycare. As he sat in traffic, he reviewed his presentation in his head. When traffic finally got moving, he made a beeline for the office.

It wasn't until midmorning that he realized what he had done. He snatched his keys from his desk and went racing for the parking structure. His car was parked on the upper deck, and the temperature outside was hovering around 93 degrees. When he arrived at his vehicle, winded and gasping, the child was already dead.

This lethal scenario plays out throughout the country, and many young lives are lost to hypoerthermia. According to noheatstroke.org, more than 700 children have lost their lives in overheated cars, just since 1998. The largest number of deaths take place, not surprisingly, in the hottest states: Florida and Texas, with 77 and 107 deaths, respectively, during this same period.

As an emergency responder, you may be called upon to treat a range of heat emergencies, some of which will ultimately require medical suction. So let's review some of the physiological responses to heat and the role of medical suction in your treatment strategy.

The human body maintains an average temperature of 98.6 degrees Fahrenheit (37 degrees Celsius). This is the optimum temperature to support normal metabolism. Temperature regulation is controlled by the hypothalamus in the brain. The hypothalamus elevates the body temperature in response to infection to destroy pathogens. Pathogens, like our own body, thrive within a limited range of temperature. If the temperature is too high, they will die.

Heat emergencies occur when the body's temperature rises above the optimum range. Hyperthermia is caused by extrinsic factors, such as ambient heat (the most common cause) or intrinsic factors, such as malignant hyperthermia, a life-threatening condition that stems from a reaction to certain medications (succinylcholine and certain anesthetics).¹ Hyperthermia can also be triggered by toxic levels of LSD or cocaine.

In hyperthermia, the body's regulatory mechanisms are unable to keep up with the rise in temperature. Vasodilation and diaphoresis are not enough to cool the body, and metabolism is eventually compromised. Damage to cell walls causes a systemic inflammatory response and, if left untreated, multiple organ failure (multi-organ dysfunction syndrome) will ensue.

There are different levels of heat emergencies. As the body temperature rises, it moves through stages. The signs and symptoms are as follows:

Heat stroke can be either exertional, the result of excessive physical activity in a hot environment, or non-exertional, like our child trapped in the hot car.

Treating heat emergencies in the field begins with supportive measures, such as passive cooling and removing the patient from the heat. If heat stroke ensues, rapid cooling must be initiated by stripping the patient, cooling his or her skin, and placing cold packs at the axillary and groin areas.

If the patient has a reduced level of consciousness, you must protect the airway. Excessive secretions will require suction to keep the airway clear, so be sure to have the portable suction unit nearby. Airway patency may also be accomplished via adjuncts, such as OPAs, if the patient has no gag reflex. In some situations, intubation may be necessary. Once again, be sure to keep the suction handy, to keep secretions down, and to enhance visualization of the cords.

Heat emergencies, like many medical conditions, can ultimately become airway emergencies. And anytime the airway is involved, it pays to have suction at the ready. Include the portable suction unit with your ALS equipment so that whenever you grab the airway bag, monitor, and drug box, you are conditioned to include the suction unit. There's no substitute for suction so be sure to take it with you.