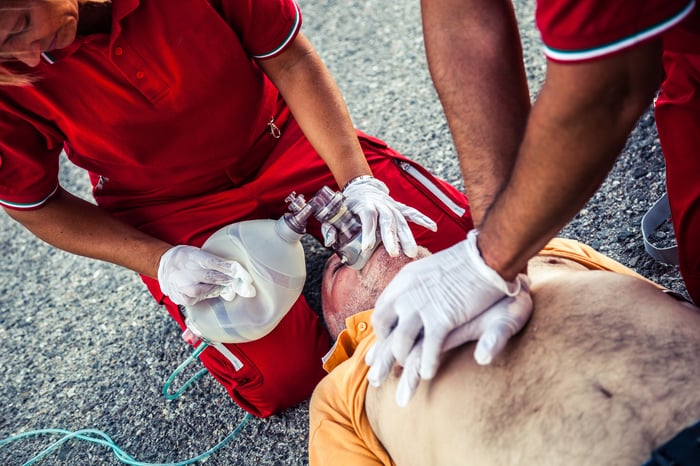 One of the most critical scenarios you as a paramedic will respond to is respiratory emergencies. Respiratory distress can be linked to many underlying medical problems, so it must be recognized immediately, treated proficiently, and monitored continuously. But like any medical emergency, treatment begins with a good assessment.


So, let’s review the fundamentals of a proper respiratory assessment.

A patient’s complaint of difficulty breathing is subjective. As with pain, you must rely on what your patient tells you to gauge his or her status. But there are also visible signs of respiratory distress that you as a provider must recognize. They include:


How Hard Are They Working?

Assessing work of breathing is another vital step in identifying respiratory distress. If your patient is having to work to breath, something is wrong. Here are five key signs that your patient is working too hard:

Pattern of breathing can also be a good indicator of an underlying problem, so be sure to observe and document the patient’s respiratory pattern, especially if it changes.


Listen to Your Patient

Lung sounds are critical to a proper respiratory assessment. They can indicate what type of underlying disorder is affecting your patient. They include:

Treatment begins with assessment, and no emergency is more critical than those involving the respiratory tract. Early identification is key, so stay alert for the signs and symptoms of respiratory distress and always conduct a thorough assessment.

How to Assess and Treat Acute Respiratory Distress, JEMS, http://www.jems.com//articles/print/volume-38/issue-8/patient-care/how-assess-and-treat-acute-respiratory-d.html